‘The whole Empire is watching your steadfast and spirited defence of this important outpost of Egypt with gratitude and admiration.’ Winston Churchill 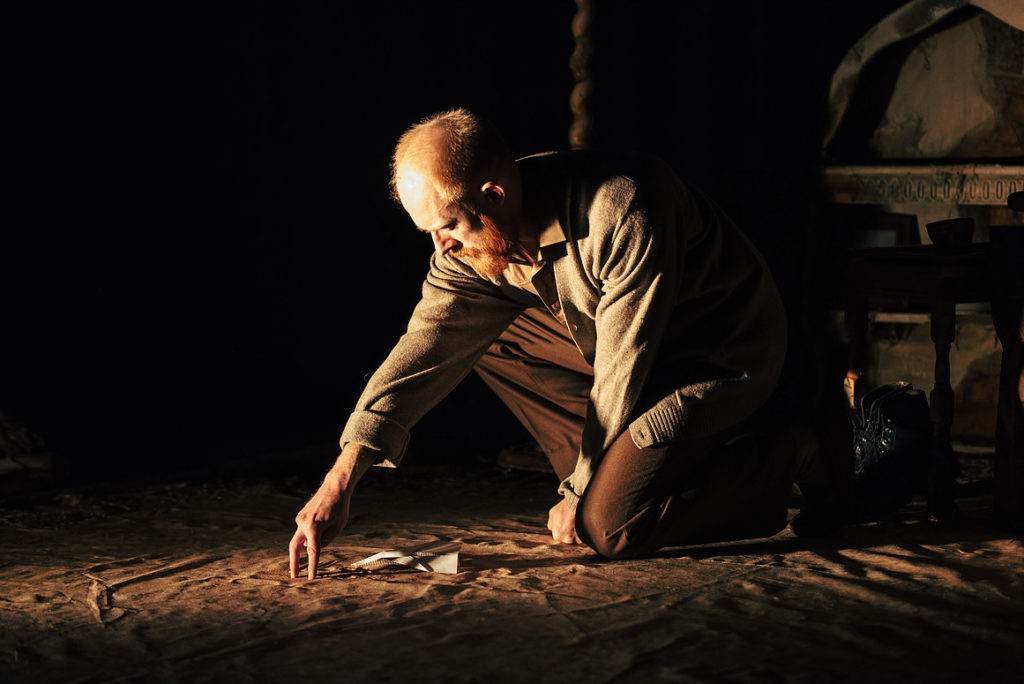 Egypt. 1941. WWII. An escaped German officer. A two day chase across the brutal Sahara. Jack, decorated war hero and former river warden, boxer, horse whisperer, and boat builder is dragged back into the past from the armchair of his rest home. He survived Tobruk but now dementia is turning his mind to sand…

In April 1941, Allied troops repelled German advances to capture Tobruk, the only deep water port in Eastern Libya. Soldiers had to adapt to horrendous conditions, including stifling heat and limited food and water supplies.

75 years later, a new piece of theatre explores the effect of surviving such a terrible ordeal in a startling tale of remembrance. Based on true events experienced by the writer’s grandfather, Scorched uses physical theatre, period music and puppetry in a superb, beautifully told performance.

Writer Lisle Turner says, “My grandfather wouldn’t talk about the war and how it affected him for fifty years. Then when dementia struck in his late eighties shocking stories started to pour out. At the same time my school friends were being sent to fight in the Gulf. Those desert wars continue to this day. Society is quick to forget what war does to soldiers and their families. My grandfather’s own memories betrayed him in the end. I want him, the things he did and saw and sacrificed, to be remembered.”